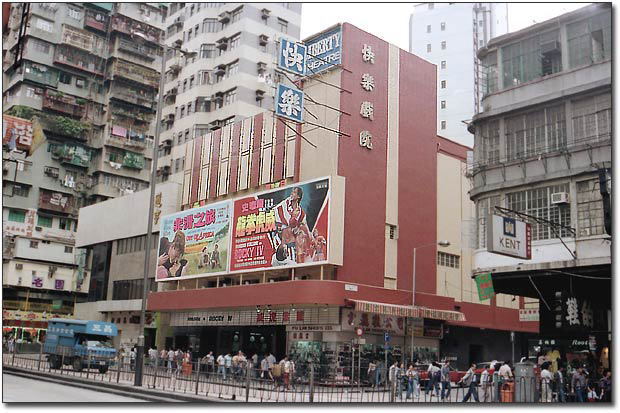 The Liberty Theatre was situated in the Yau Ma Tei district on the Kowloon side of Hong Kong. It opened to business on 28th January 1949 with “The Laughing Lady”, and boasted to be “the most up-to-date theatre on the mainland” in its opening advertisement.

Its 1,268-seat auditorium with a 40-feet wide screen was on the ground floor of the theatre building.

The theatre showed first-run English and selected Chinese dialect films until its closure on 1st September 1997. In its early years, it also served as a venue for recitals due to the lack of a proper concert hall in Hong Kong.

Photo of the Liberty theatre in Flickr:
View link

A vintage photograph of the auditorium of the Liberty Theatre, undergoing reconstruction in 1954:
View link