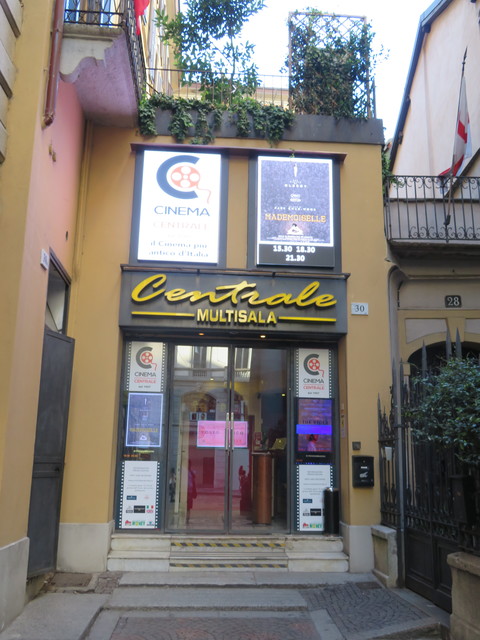 This cinema is in central Milan, in a little alleyway off the Via Torrino, known as Via Valpetrosa. The building was part of the Casa Grifi, dating from 1480 which has historical associations with Leonardo da Vinci, and that section of the building and its courtyards can be viewed by the public during the morning (entrance around the corner at the rear). The Cinema Mondial opened in 1907 and is the oldest operating cinema in the city. It had 365 seats. In 1942 it was re-named Cinema Centrale. On 28th March 1956 it gave the first demonstration of television in Milan. Since 1962 it has been owned and operated by the Massirone family.

There are now two auditoriums with Dolby Digital surround sound and Sony DLP 4K digital projectors. Screen 1 seats 95. Screen 2 seats 80. Arthouse films and classics are among the films shown. The Cinema Centrale Multisala is a member of the Europa Cinemas Group of art house cinemas.