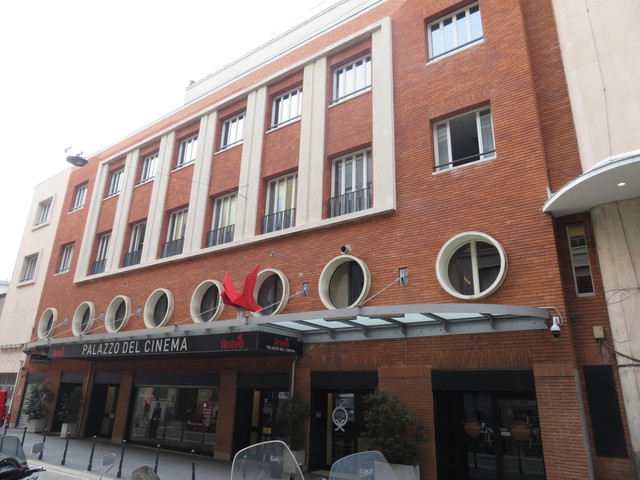 First opened as a single screen in 1939, the historic Anteo Spazio is now a 4-screen multiplex cinema (for many years there were three auditoriums). Sala Cento seats 100. Sala Duecento seats 200. Sala Quattrocento seats 400 and has installed loop-hearing for the hard of hearing. The additional screen is known as Sala Cinquanta. It has now been incorporated into the Anteo Palazza del Cinema giving a total seating capacity of 1,122 (it has its own page on Cinema Treasures).

Film festivals and childrens films are included in the programming. The cinema has its own bar, restaurant and bookshop, which is also open on Sundays.