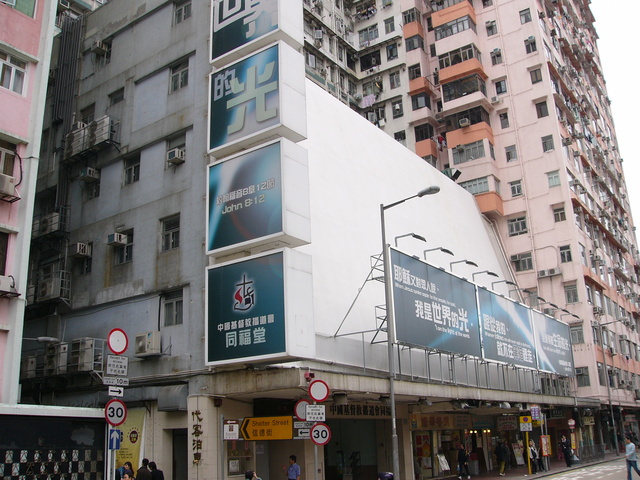 The Isis Theatre was situated in the Causeway Bay district on Hong Kong Island. The theatre was within a 18-storey residential building, with its decorated sloping facade facing a side street. Its spacious lobby was on the ground floor, while the 1,183-seat auditorium with stalls and balcony was on the first floor. There was a separate entrance with ticket booth for the patrons of the front stalls. It opened to business on 24th December 1966 with an English language film, “With Fire and Sword”.

On 20th September 1978, there was a small fire in the afternoon at the theatre. Another fire, which destroyed all the seats on the balcony and the projector room at the rear part of the balcony, broke out after the end of the morning show on 9th February 1984. The theatre had to be closed for several days for refurbishment.

It showed first run Chinese dialect and English films until its closure on 1st October 1999.

Its lobby and auditorium has been converted into a church.

I like the 7-11 next to the church. Globalization to be sure.