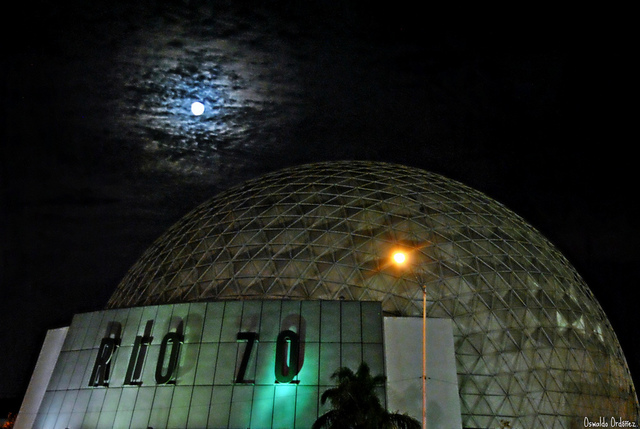 This movie theater was opened on 24th July 1969. It is a dome shaped cinema, which initially played 70mm films. It was renovated in 1998 and at that time was the bigest movie theater in Monterrey NL. Mexico. By 2017 it was in use as a live music/concert venue

This article has a description of the theater:
http://tinyurl.com/2bklrz

Here is an undated photo:
http://tinyurl.com/24ejee