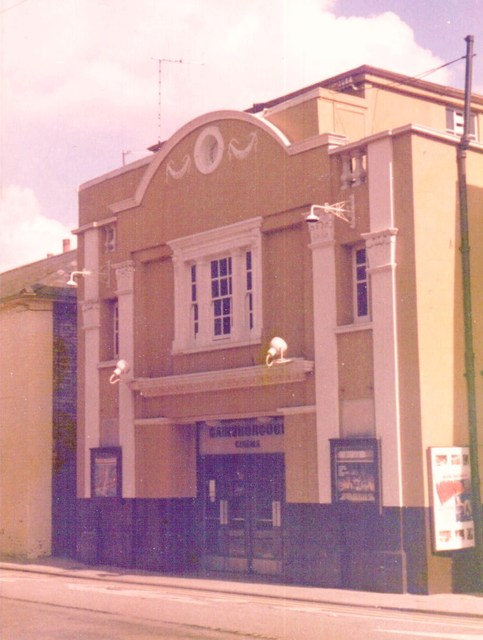 The Gainsborough Theatre was named after the town’s famous son, the artist Thomas Gainsborough. It opened on 15th June 1912 with “Auld Lang Syne” and had 437 seats located in stalls and a small circle. The proscenium was 22 feet wide.

The exterior of the building has been described as a ‘little lumpish in proportion’ and features ornate scroll work, columns and original gas lamp holders. The auditorium has a restrained decoration which has been little altered over the years.

It was operated by the small Ager’s Cinema Circuit Ltd. from 1930, they operated the Regal and Headgate Theatre’s in Colchester and the Cinema House in Woodbridge. It retained the name Gainsborough Theatre into the 1970’s. In it’s last years of operation it had a name change to Gainsborough Cinema and had a succession of independent operators. In November 1973 it was designated a Grade II Listed building by English Heritage.

The Gainsborough Cinema closed in 1982 with Dustin Hoffman in "Tootsie". Several proposals for a new use were mooted, including an indoor market and mini-cinema in the small circle, but these came to nothing.

In the summer of 1985 it was converted into a nightclub. The projection equipment was retained and the screen moved to rear of the stage so that films may still be shown on occasions. It retained the stage and added a full bar and a restaurant. It has had several owners and names since then;in 1996 it was ‘Metropolis’, the fifth name the nightclub had and it was dedicated to the German silent film of that name. In 2000 it became ‘Enigma’ and recently (by 2006) was operating as ‘Vita".

A December 2009 photo of the former Gainsborough is here:–