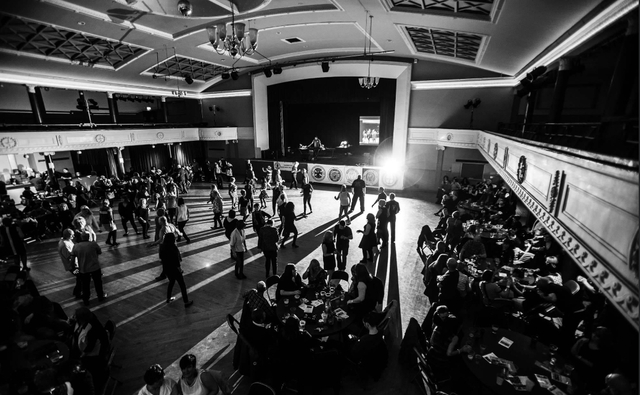 The Borough Hall was created in 1920 when a former market hall (built in 1866) was converted into a multi-purpose asset for the Headland community in Hartlepool.

It was designed to include films and for many years operated as a cinema. There is a purpose built projection suite, which survives although the portholes are now covered. There is a three-sided balcony with a flat front, except for a small open box on each of the four corners.

In 2008 the auditorium remains a glorious example of 1920’s cinema architecture. A barrel vaulted ceiling with laylights (not working), a central dome, and all the original plasterwork survive intact. Remove the vending machines, add some stalls seating and any film company would have an ideal location for a period drama!

There is also a stage and dressing room suite and many live acts perform in the theatre, which has had a recent upgrading of the entrance, bars and ancillary areas.