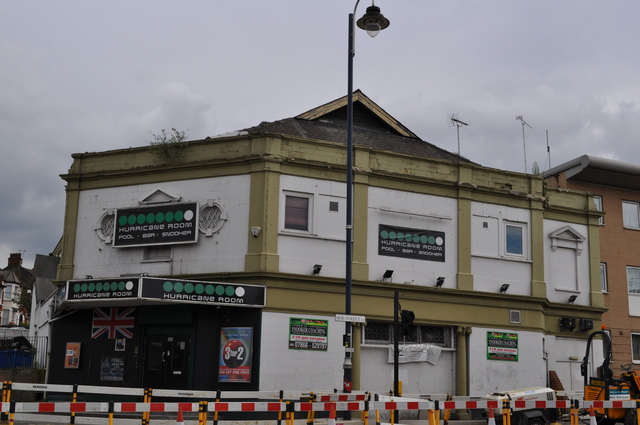 Located in the east London district of Walthamstow, at Bell Corner at the northern end of Hoe Street. The Empire Cinema opened on 21st February 1913 with “Captain Scott, R.N., to the South Pole”. Seating in the auditorium was in stalls and a small circle. It was built for the Good Brothers, a local builders merchants, who originally operated the Queens Cinema and Arcadia Cinema in Walthamstow and the Scala Cinema in Leyton. All these cinemas were taken over by Hamilton Cinemas Ltd. in May 1933, but were closed en-block two months later due to fierce competition.

The Empire Cinema was taken over by Amusements (Leyton) Ltd. and re-opened in December 1933 but by 1937 it was operated by Clavering & Rose. In March 1961 it was re-named Cameo Cinema. Closed as a regular cinema on 31st August 1963 with Nancy Kwan in “Tamahine”. It became a bingo club, and showed Bollywood Asian films on Sundays.

There is some additional information about and pictures of this theatre here (scroll down about two-thirds of the way). This text claims that the theater opened as the Empress rather than the Empire, and that it functions now as a religious centre.

I was somewhat surprised today when passing on a local bus to see the site being pulled down, naturely i jumped off bus and took a few photos to show the old building in the process of being demolished. Housing will be in its place i understand.

Unusually the snooker club was based upstairs rather than in the stalls. I made several visits here in the late 1980s. A change of management meant I didn’t get the free frames that I used to. A small fruit machine arcade was located in a side shop on Hoe Street.

The location marker is in the wrong place. The location was much further north; on the right hand side of Hoe Street at its junction with Forest Road. The cinema was directly across the road from The Bell.