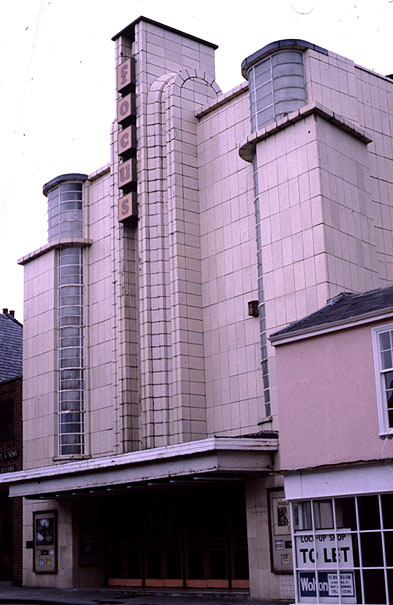 The Odeon had a stylish façade with two side towers which contained glazing and a central tower feature which was set in the centre of a recess and contained the theatre name. Inside the auditorium seating was arranged for 867 in the stalls and 422 in the circle. There were decorative bands on the side walls of the anti-proscenium and these were broken by a recess edged by columns. The stage was 20 feet deep and there were two dressing rooms.

From 4th October 1975 the Rank Organisation leased the Odeon to Brent Walker Ltd. and it was re-named Focus Cinema. The cinema was designated a Grade II Listed building from 1st May 1981, but was de-listed only a few months later on 11th August 1981. This was possibly because there were already planning applications put forward for redevelopment of the area, maybe the powers that be had pressure put on them?

The Focus Cinema closed on 30th October 1982 with Walt Disney’s "Snow White and the Seven Dwarfs". It was demolished in 1983 and was replaced by a shopping arcade.

A vintage view of the Odeon Bury St. Edmunds in the early 1960’s:
View link

See? Listing means nothing when the powers that be decide the ground could be put to other more lucrative use – money talks.