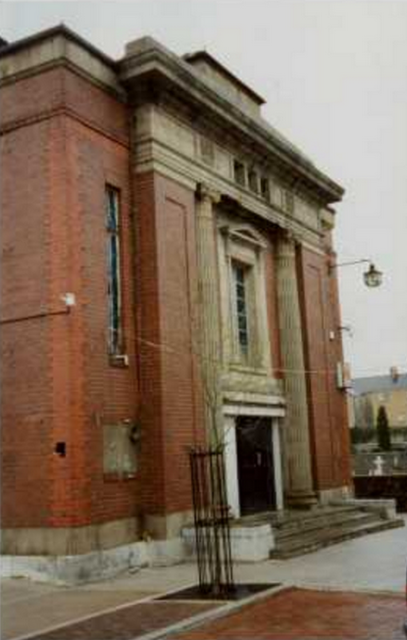 Opened as the Welfare Hall on 1st October 1932. The cinema was designed by J. Owen Parry and has a Classical style facade with a pedimented central window, framed by two doric columns. The building is set back from the road and is not immediately visible. Inside the auditorium seating was provided for 760, with 540 in stalls and 220 in the circle. The proscenium is 20 feet wide and the stage 14 feet deep, with two dressing rooms provided.

The Welfare Hall closed as a cinema in the mid-1960’s. It became a social club, then fell into dis-use in the early-1980’s and remained derelict until 1997, when Carmarthenshire County Council took a lease on the building.

In 1999, work began on a restoration proscess, which extended the circle forward to the proscenium. The barrel vaulted ceiling and plasterwork on the side-walls was renovated. It re-opened as the Miners Theatre on 6th March 2001. Seating is now provided for 144. It is now operated by Carmarthenshire County Council.

From 1994, the former Welfare Hall has been designated a Grade II Listed building.