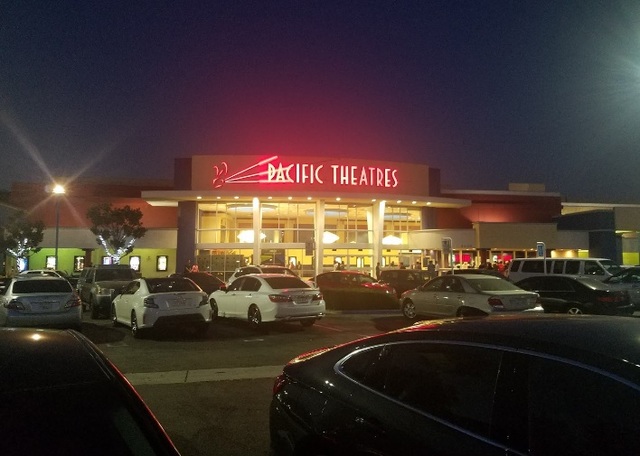 At a cost of $1 million dollars and eight months of construction Pacific’s Lakewood Center Theatre, designed by George T. Nowak and Mel C. Glatz, opened on January 17, 1968 with Sidney Poitier in “Top Sir, With Love”. The Long Beach Press-Telegram said that the 1,200 seat venue was Pacific Theatres 71st location, most of them drive-ins. Pacific Theatres chose Merrill DeVine to be its managing director. DeVine previously managed the Picwood, Hollywood Pantages and the Cinerama Dome in Los Angeles.

The opening attraction was Sydney Poitier in “To Sir With Love”. On hand at the opening festivities, which the paper said 10,000 attended, were actors Jim Brown, Troy Donahue and Rudy Vallee. The architecture was very 1960’s modern with a large curved glass front, a gigantic lobby and a 60-foot concession stand. Pacific Theatres said that the four Austrian-made chandeliers in the lobby were valued at $6,000 each.

May 22, 1974 saw the opening of two more screens and then on October 24 it became the Lakewood 4. In June of 1981, the Lakewood Center South 1,2,3 opened in a new building at another location in the mall’s parking lot.

On March 19, 1999 after months of construction, during which it was closed and gutted and 56,000 square feet was added to the building, the brand new Lakewood Center Stadium 16 opened. It was designed by architect Dan Tanizaki with GFBA Architects.

The Press-Telegram said that the $12 million renovation brought its total number of seats to 4,800. And by the way, the original Austrian chandeliers are still hanging in the lobby.

It was closed on March 17, 2020 sue to the Covid-19 pandemic. It was announced on April 13, 2021 that the closure would be permanent in all Pacific/ArcLight theatres. 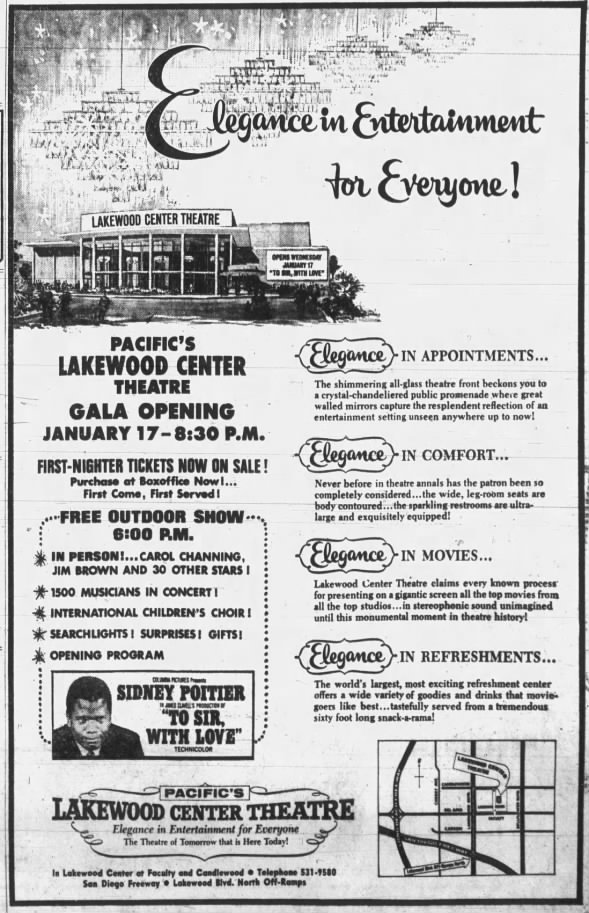