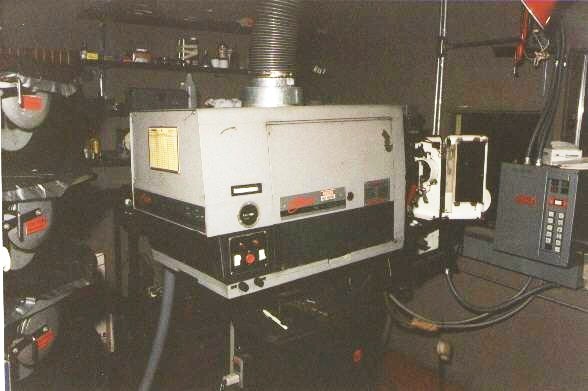 Opened as the Harbor Drive-In around 1948. The Harbor Vue Drive-In was demolished in 1999.

The original marquee for the Harbor Drive-In was a huge Paul Bunyun swinging an axe. The whole sign was done up in bright neon and the axe would swing back and forth. There was also beautiful landscaping and lots of colored lights along the fences and in the trees. The snack bar had disney characters painted on the walls by some local artist, done when the place was first opened, including Minnie Mouse nursing a baby mouse. Something I’m sure Disney would never have approved of! In the 70’s the theater was twinned, and a new booth was built on the roof of the snack bar. Now the land has some houses built on it and a business. All trace of the theater is gone.

I believe some sort of propane dealer is there now. All traces of the theater are gone.

I have now added my hand drawn map of the theater to the photos page.

I met the caretaker in 1986 when the drive-in was still open. He had a studio for his claymation art at one end of the building. He also had a credit in a claymation film, but I can’t remember his name or the film.

For those of you wishing to see that beloved Lumberjack sign again, this is the best I could do:

Wow, this is great! I remember that sign. I thought it was gone for good when Act 3 theaters tore it down. I wish the drive in theater was still in operation.