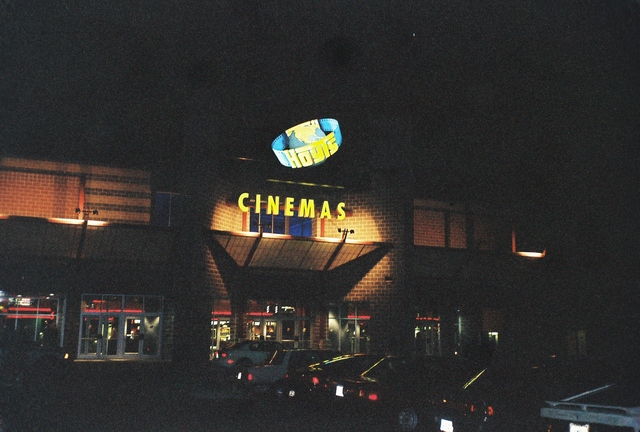 As of 2008 it was just sitting there, waiting for a person to bring it to life once again. By 2016 it is in use as a storage facility.

went to the exhumed films shows there

Something must have been real wrong here for a theatre to close so soon.

I remember when this was built, and being impressed from the outside at the construction. It was very well done, for a multiplex. I last drove past it in 2009, and, it still looks like it could be opened tomorrow. I have no idea what went wrong here, either.

Was this a former SamEric theater?

This short-lived multiplex was dismantled in 2012 and converted into a warehouse store for Restaurant Equippers, a wholesale-retail restaurant supply company. See this article at philly.com.

Both Hoyts Pennsauken and Loews Cherry Hill opened on December 18, 1998, and Philly.com reported in an article posted on October 17, 2002, that Hoyts had been closed, so this house operated for less than four years. All the remaining American operations of Hoyts Cinemas, an Australian company, were taken over by Regal in 2004.

Just not a prime location for a theater. The kind of area that has tons of traffic screaming through but not much stopping. The site backs up to Route 38 but has no access from 38. The competing theaters were near Cherry Hill Mall and at Moorestown Mall—established, familiar destinations for 40+ years when this opened. People would probably drive past this to get to those areas, but not vice versa. Too many strikes against it.

This opened on December 18th, 1998, the same day as the much larger Loews 24 in Cherry Hill. Its grand opening ad can be found in the photo section.