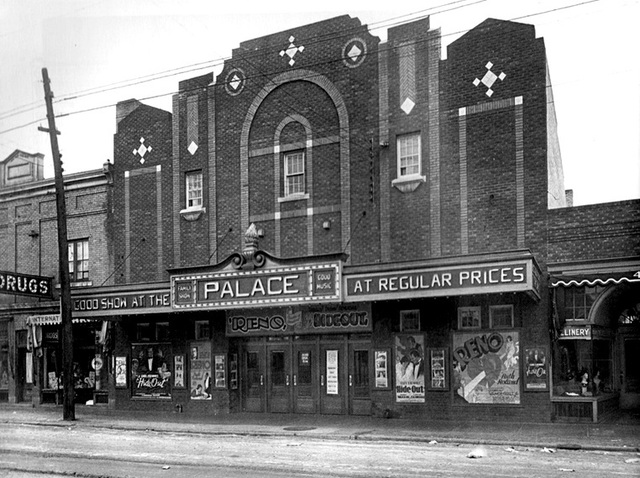 The Palace Theatre was built in 1912, and expanded and remodeled in 1927-28. Both the original construction and the remodeling were designed by architect Max Blankstein (also architect of the Uptown Theatre in Winnipeg, and father of architect Cecil Blankstein.) The Palace was closed in 1964 and the building was converted to retail use.

The 2002 edition of the Annual Report of the Historical Buildings Committee in Winnipeg (link to pdf file on this page) has a brief article about the Palace, and one photo of the facade.

When Google’s street view camera last went by, the building appeared to have been vacant, with the doors boarded up, but the marquee had the name Palace on it, flanked by the words Five Star on one side and Entertainment on the other, so it might have been used as a nightclub of some sort for a while.

Max Blankstein’s middle initial was not E. His middle name was Zev.