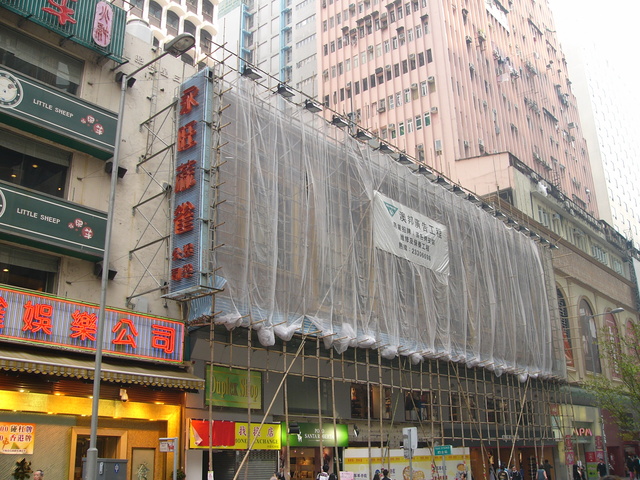 The Rex Theatre was situated in the Mongkok district on the Kowloon side of Hong Kong.

It opened to business on 15th February, 1969 with "The Southern Star", and showed first-run English language and Chinese dialect films until its closure on 19th August, 1996.

The 70mm, 1,352-seats auditorium was on the first floor of the theatre building, while the lobby was on the ground floor.
The interior of the auditorium has been rebuilt as a shopping centre, while the facade remains intact.

It is currently a large Esprit store.