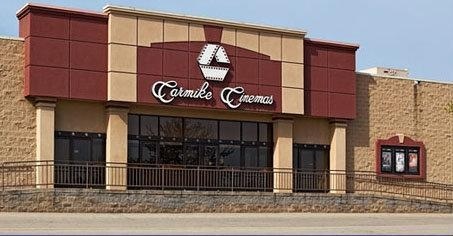 This theater was once part of the old Manos theater circuit of Greensburg. It was built at the Uniontown Mall. When it opened (by Manos), it had two screens and was named the Twin 40 Cinema (located on Route 40). The four additional screens were added years later. It was later owned by Carmike Cinemas. It was closed by AMC on July 18, 2021.

An October 7, 1975, Boxoffice item about the plans of the Manos circuit to build a quad in Altoona mentions the Twin 40 Cinema at Uniontown. It had been designed by the same architect who was handling the Altoona project, Edgar Kwalwasser. The Squirrel Hill, Pennsylvania, architect had also designed the circuit’s Laurel 30 at Greensburg Pennsylvania and Twin Cinema at Elkins, West Virginia.

In 1978, Kwalwasser was the architect for a Manos triplex in Kittanning (Boxoffice, April 17, 1978), and designed a two-screen addition to the Laurel 40, originally a single-screener (Boxoffice of March 20.) In 1970, Kwalwasser had designed a 470 seat house for Manos at Latrobe, Pennsylvania.

Uniontown’s Twin 40 was opened in 1973. According to the item about the opening in Boxoffice of June 4, the first movies shown were “Class of ‘44” in Cinema 1 and “Man of la Mancha” in Cinema 2.

I’ve been unable to discover when the Twin 40 was expanded to six screens. The Manos chain had 19 theaters with a total of 80 screens when it was absorbed by Carmike in 1993.