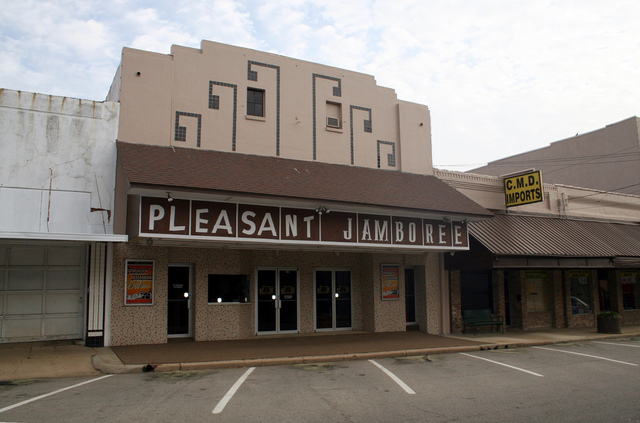 A conversion of a retail building, the Martin Theatre opened on December 13, 1913. In the early-1930’s it was renamed Titus Theatre. In 1935 it went back to its Martin Theatre name. It was rebuilt and reopened on September 10, 1937. It is now called the Pleasant Jamboree. Live country music is presented on weekends.

Here is an undated photo of the Jamboree:
http://tinyurl.com/232h8b

J.E. Martin purchased this retail building in 1910 and converted from retail to motion picture theatre on December 13, 1913. Two owners later, new operators East Texas Amusement changed the name of the theatre to the Titus Theatre, the name of Mt. Pleasant’s county. In 1935, the Lutzer Brothers changed the name back to the Martin. They would then demolish all but two walls of the theatre creating a new Martin Theatre relaunching

The new Martin Theatre launched September 10, 1937 with the film “Wild and Wooly.” The local newspaper had a 24-page special edition to commemorate the new Martin.