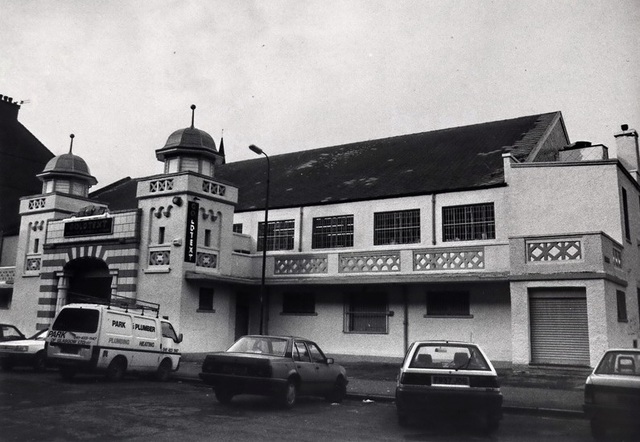 Located on Glasgow’s South Side, the Govanhill Picture House opened on 2nd May 1926 and was built for independent operator James Hamilton. The architect was Eric A. Sutherland who designed a unique cinema with the auditorium block laying parallel to, and set back from the street. The centrally placed entrance has an Egyptian style, with a moulded scarab, below which is the name of the cinema in blue coloured letters on a white background. There is a lotus bud column on each side of the entrance and alternate bands of tiles in white and green. All this is flanked by a pair of square turrets that have octagonal domes on top.

The Picture House was taken over by Associated British Cinemas(ABC) on 4th November 1929 and they operated it for the remainder of its cinematic life.

The Govanhill Picture House was closed on 20th May 1961 with Dirk Bogarde in "Song Without End". It was converted into a bingo club, one of the first in Glasgow, and this lasted until 1974. In the last few years it has been in use as a shoe warehouse, but this business has moved out and the building is empty. In 2007 plans were approved to demolish the auditorium and build housing on the site, retaining the Egyptian style entrance.

On 5th December 1989, Historic Scotland designated the Govanhill Picture House a Grade B List building. It is currently listed on the Scottish Buildings At Risk Register.