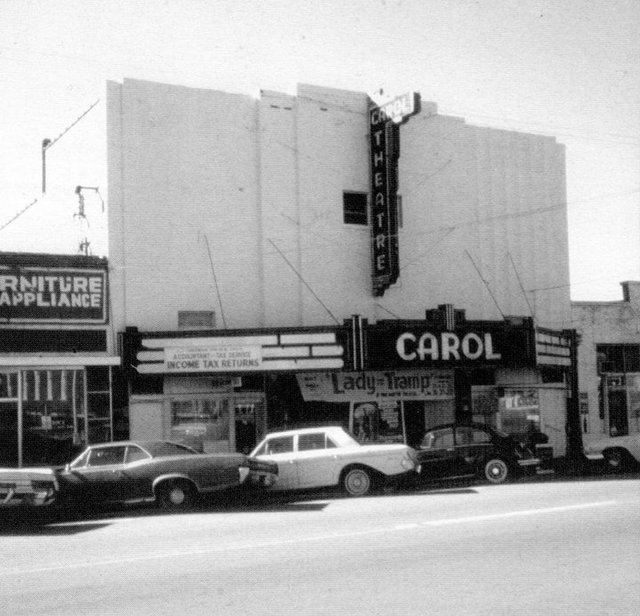 The Carol Theater opened in September 1938. In the early-1960’s, it was part of the Martin Theatres circuit. It looks like the theater closed around 1966.

The building has been torn down (per recent drive-by).