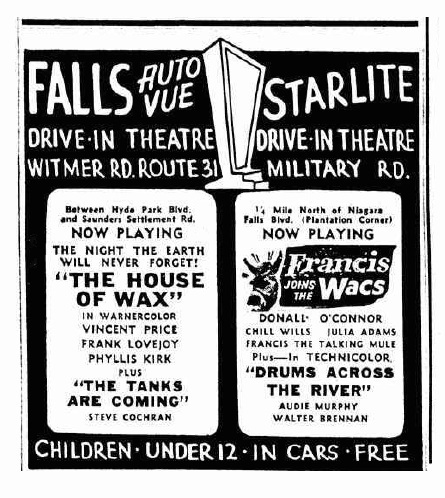 This theatre opened in 1954 and was owned by the Cataract Theatre Corporation.

It was a single screen drive-in just outside Niagara Falls, New York which accomodated 500 cars.

Movies playing at the Auto-Vue could be seen by motorists on the New York State Thruway.

The theatre closed in 1981 and was demolsished.

In 1956 it was called FALLS Drive-in Theatre.

The site is now a butcher shop(Piatkowski Riteway Meats).