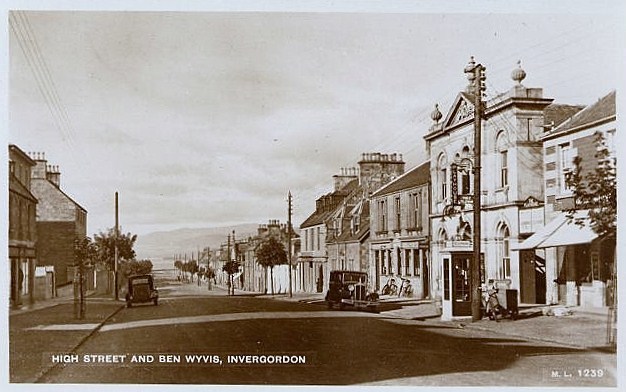 Originally built as a Town Hall in 1871, the architect was W.C. Joass. It has a Classical Italianate façade with a pedimented centre bay.

In 1934 alterations were carried out internally by architects Alexander Ross and Son to convert it into a cinema which opened as the Playhouse. The proscenium was 27 feet wide and the stage 14 feet deep, with three dressing rooms provided for artists when the occasional variety shows were held.

It went over to part-time bingo use from 1960 and films were finally ended on 29th April 1984. In 1988 it was converted into its current use as an arts centre

On 21st August 1983, Historic Scotland designated the Playhouse a Grade B Listed building.