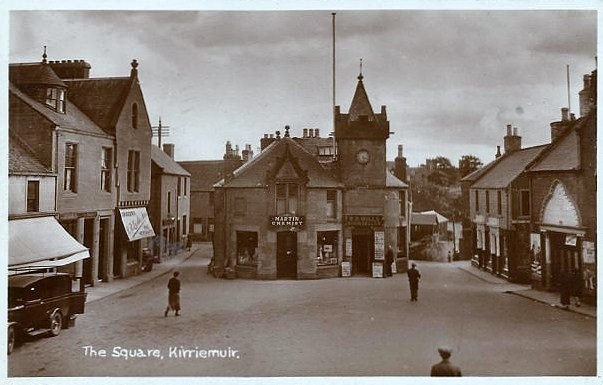 Built in around 1800 as a two-storey house. In 1911 a cinema auditorium was built at the rear and an entrance was made through the house at the left hand side. It closed for a while, and then in 1931 was equipped for talkies and re-opened as the Regal Cinema.

The Regal was taken over in 1961 by the current owners Visocchi’s and they continued to operate the Regal until it closed in 1969. They now operate a cafe in the ground floor of the building, including the former Regal foyer. The auditorium was demolished in 1994.

On 11th June 1971, Historic Scotland designated the facade of the building a Grade B Listed building.

Photos as a cinema and as it is now here: