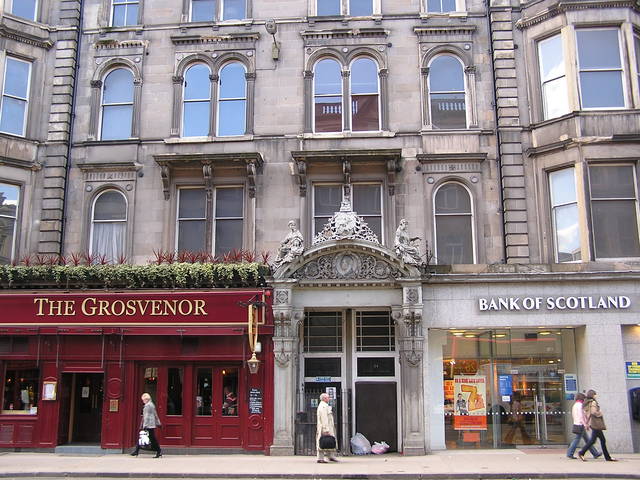 The building was originally the Fine Arts Institute and later became a Methodist Mission hall. From the early 1900’s it had become the Albert Hall and was taken over by J.J. Bennell with his BB Pictures (Bright and Beautiful Pictures). It was closed and re-decorated, re-opening February 1910 with a new flickerless Bioscope installed.

It had new owners in 1915 and the name was changed to West End Cinema. It closed in 1932, most likely due to better more modern cinemas opening.

The facade and narrow entrance remain intact and Historic Scotland designated it a Grade C(s) Listed building. The interior has been converted into housing.

The West End had a 2 manual Hilsdon organ.

Do you know what happened to the organ?

A photo with scaffolding:–