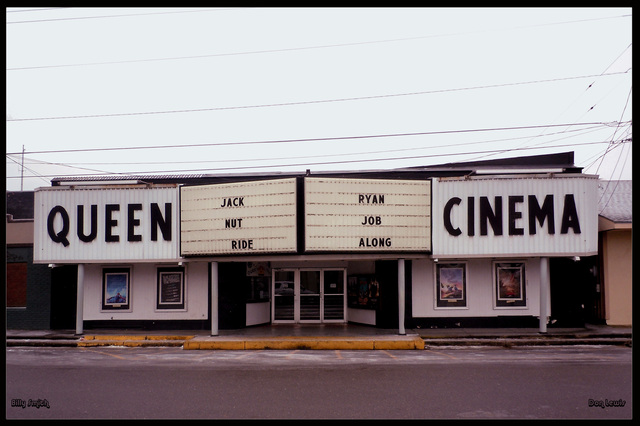 The Queen Theatre was opened November 20, 1937 with a free 9am matinee for children. The official opening was later that day with Errol Flynn in “The Perfect Speciman”. On January 5, 1948 it was badly damaged in a fire. It reopened July 14, 1948.

Following renovations it re-opened on June 15, 1969 as the Queen Cinema with “Gone With the Wind” presented in 70mm. It was twinned on April 167, 1982 and on July 25, 1991 a third screen was added. Operated by Acadiana Cinemas, in early-2010, renovation work began on updating this 3-screen cinema, screen by screen.

A recent article about this theatre indicates that it was originally built in 1937 and rebuilt in 1947, after a fire. Though still operating, it’s in serious need of renovation:
http://www.2theadvocate.com/news/57620962.html

I just tested the ‘ Acadiana Cinemas’ link in the headnote and seems to be working just fine. 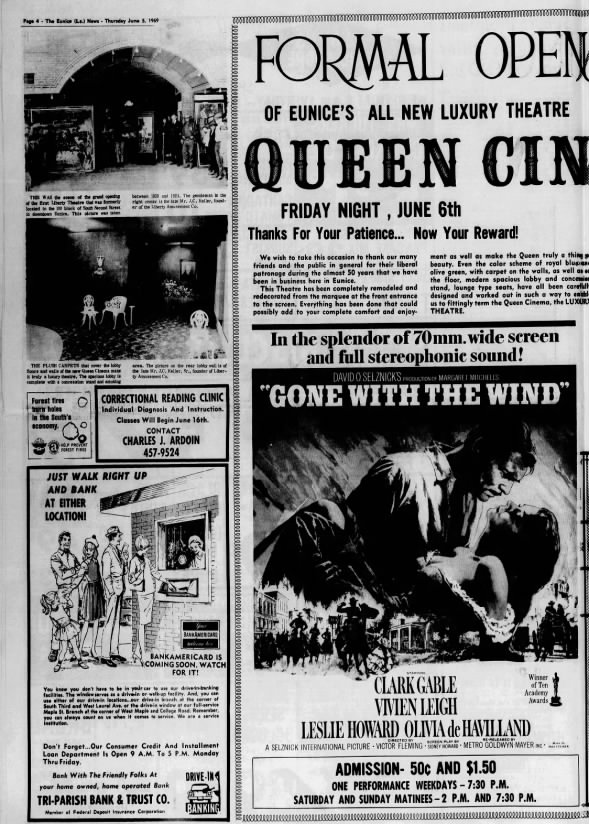 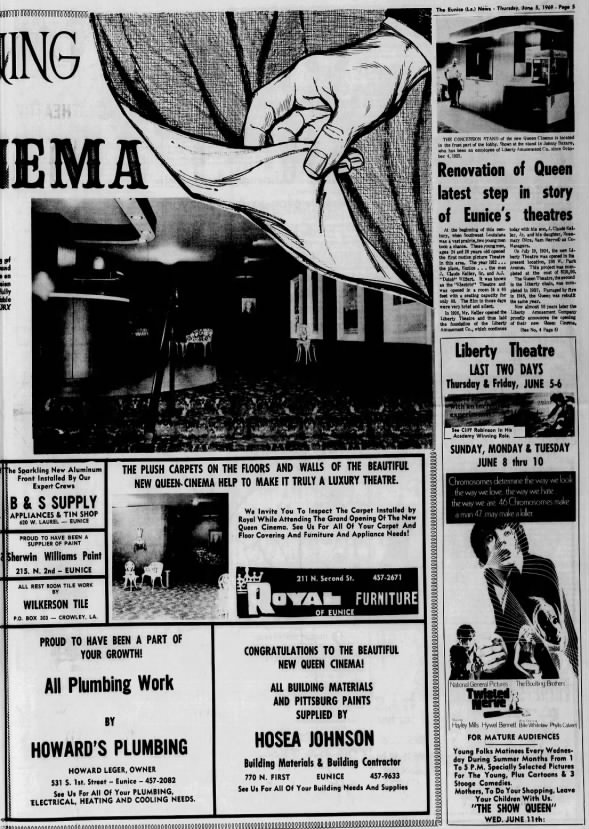