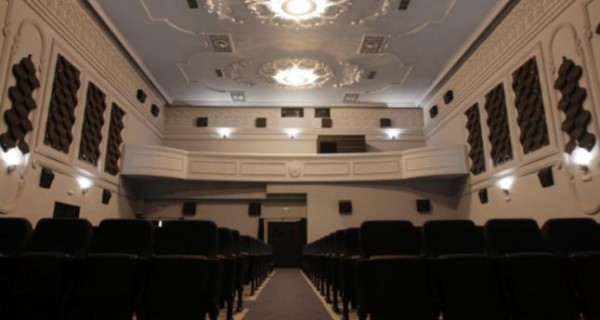 The Albeniz Multicines are located in the centre of Malaga. It opened as the single screen Cine Albinez on 5th September 1945 with an opera performance of “Luna de miel en El Cairo”. It screened its first film on 3rd October 1945:Jeanette MacDonald & Nelson Eddy in “Enamorados”(Sweethearts). It became an exclusive cinema to the films of MGM & Warner Bros. “Ben Hur” & “Doctor Zhivago” played here. It is one of the venues of the Malaga Film Festival and generally programmes Independent art house films.

Opened 1945 designed by José González Edo. It closed in 2009, had a 9 million Euro restoration and reopened in 2010. Three screens are very modern, one in an ornate traditional style with balcony. Now owned by the City of Malaga.