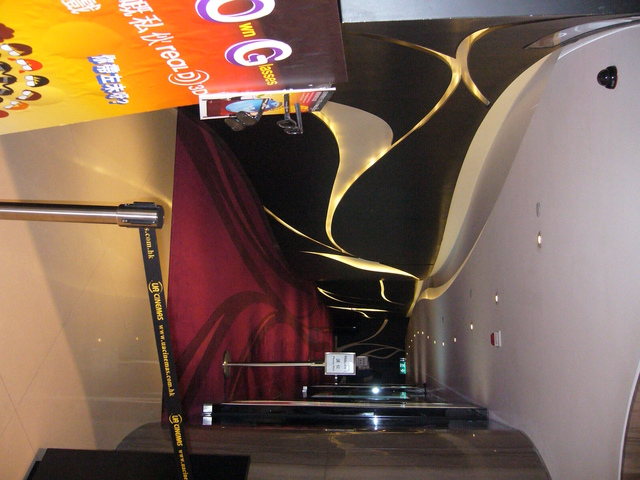 The Windsor Cinema is situated in the Causeway Bay district on the Hong Kong Island.

In 2000, a sumptuously decorated auditorium was added by bisecting one auditorium. Among the three auditoriums, two were equipped with SRD-EX sound system, while the other one with SRD and SDDS sound system. Before its closure on 28th February, 2008, the lobby and ticket booth were relocated to the fourth floor of the shopping centre. The service of the cinema deteriorated in its last year, and broken seats were not repaired.

According to a news article published by the Chinese language Ming Pao on 1st March, 2008, after the renovation of the second, third and fourth floor of the shopping centre is completed in the latter half of 2009, a new cinema will be opened.

The Windsor Cinema re-opened on 29th April 2010. It now has 84 seats in each one of its three stadium-seated auditoriums. It was closed August 25, 2015, only to reopen as the Grand Windsor Cinema on 26th September 2015.

I was in Hong Kong 3 weeks ago and it looks like the complex has gone so it closed before Feb 28th 2008.

The new UA-Windsor Cinema re-opens on 29th April, 2010 with a Chinese film “Ip Man II.” The new Windsor Cinema has three auditoriums with 86 seats each.

@ Suwanti. I know. I couldn’t believe it was so wrong that Windsor’s now near Tai Mo Shan! Who’s going to a cinema there??

The theatre re-opened on 26th September, 2015 as the Grand Windsor Cinema, and managed by the Multiplex Cinema Ltd.