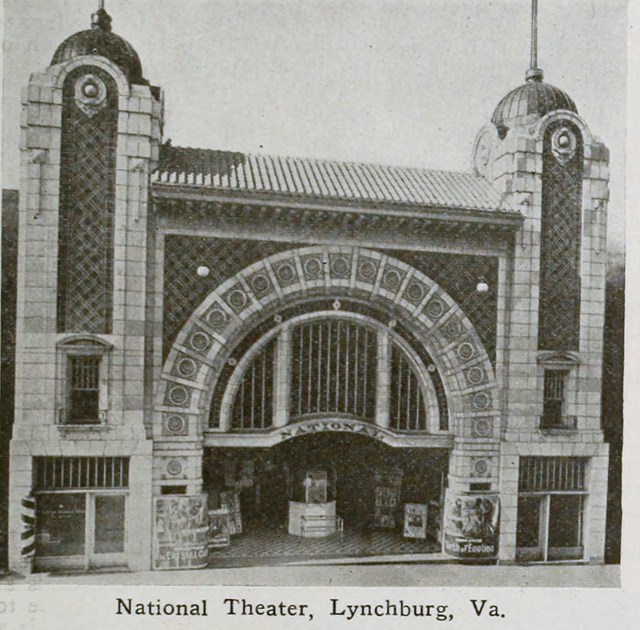 Originally opened as the National Theater. It was renamed Isis Theater by 1916. It was operated in the early-1940’s by Paramount Pictures Inc. through their subsidiary Hunter Perry. It continued into at least 1950.

It isn’t there anymore.

Here is a photo of the Isis Theatre, with a photo of the sprawling Holiday Inn that now occupies the sites of both the Isis and the Paramount Theatre. The caption notes that the Isis was a reverse theater, with the screen at the entrance end of the auditorium.

The August 12, 1916, issue of The Moving Picture World said that Jake Wells had secured Fred Karch to play the Seeburg organ at the Isis Theatre. Wells was one of the leading vaudeville impresarios and movie exhibitors in the south before selling his holdings in 1919.

I was a bit surprised to see the mention of a Seeburg organ. J. P. Seeburg Co., later known for its jukeboxes, was then known for making coin-operated player pianos and orchestrions, and I had no idea they had ever made theater organs. Apparently they were quite popular around 1916, when The Music Trade Review ran an article about the expansion of the Seeburg plant to accommodate the demand for theater pipe organs.