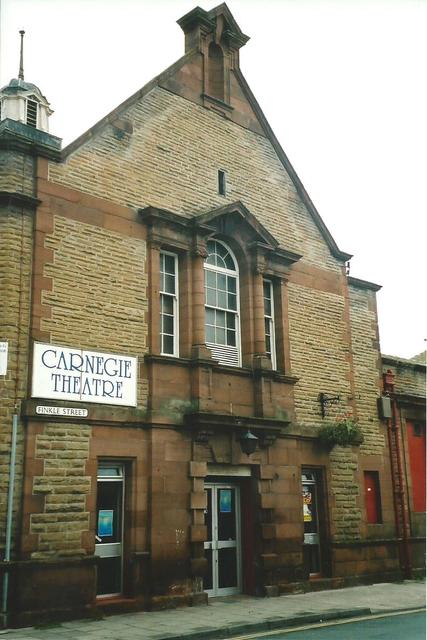 The Carnegie Library and Hall opened on 6th October 1904. A simple auditorium with a barrel vaulted ceiling and single balcony, the Carnegie Theatre was once part of the Graves Cinema Circuit. The Carnegie Hall began screening films in 1909 and later was known as the Carnegie Cinema, closing in the late 1950’s.

Unusually for the UK, the balcony is reached by a staircase from within the auditorium, perhaps indicating that it was a later addition to the Hall. The stage also has evidence that it may not be contemporary with the auditorium. The Carnegie Foundation were famous for endowing libraries and this may well have been a lecture hall attached.

It is currently an arts centre, seating 354, but films are not part of the fare as there is a six screen multiplex in the town.

Interior photos of the theatre here:–