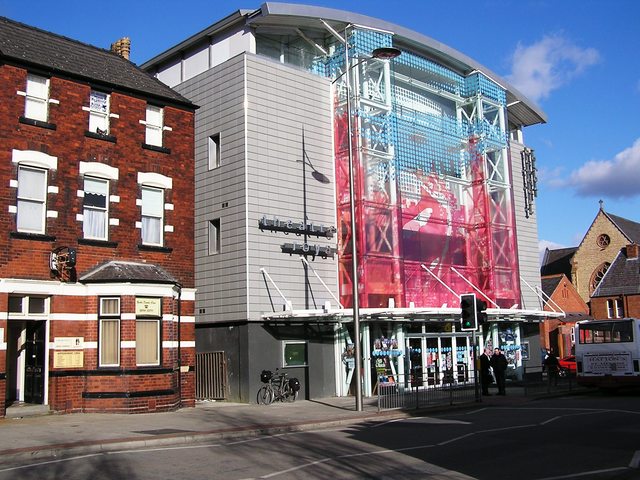 The Theatre Royal and Opera House was designed by noted theatre architect Frank Matcham and opened in 1889. It was built as a drama theatre and Matcham returned in 1901 after a serious fire, to reconstruct the theatre in a Baroque style.

In an act of modernisation, now viewed as vandalism, the theatre was again rebuilt in 1964. Designed by Westwood, Piet and Partners the transformation was achieved by retaining the outer walls and stage of Matcham’s building, but reducing the two balconies to one, and stripping out all the decorative plasterwork and boxes. What remains is a severely functional two tier theatre, with wood slat panelled walls. The facade was also rebuilt in steel and glass (supplied by Pilkington’s glass company, who had bought the theatre).

At the time the theatre was equipped with film facilities and a screen which could be flown into the tower. The opening of an 11 screen Cineworld has made cinema entertainment unviable and the projector is now rarely used.

Photographs of the auditorium of Theatre Royal, taken in 1996, can be found here:–