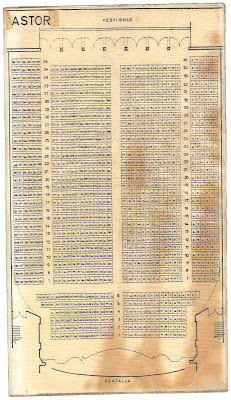 The Cine Astor opened on 20th December 1959. It was a neighbourhood cinema, located in the Nou Barris district of Puig de Barcelona, which is north east of the city centre.

It served as a popular double feature cinema for many years and was later known as the Cine Astor Palace. It closed on 31st July 1993 with Whoopi Goldberg in "Sister Act" and “Los Cerros del Desierto”. It has since been demolished.