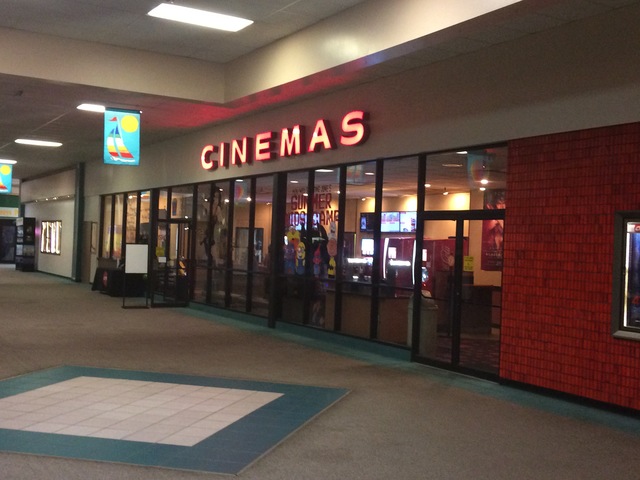 The Broadway Theatre was opened as a single screen theatre by the Jerry Lewis Cinemas chain in 1970. It was taken over by Commonwealth Theatres in the early-1970’s and they twinned it. Later operated by United Artist and then First International. Three more screens were added. Carmike Cinemas then took over and it was taken over by AMC in January 2017.

It was closed on March 16, 2020 due to the Covid-19 pandemic. It was announced in September 2020 that the closure would be permanent.

This theatre was originally known as the Broadway Twin. I’m not sure when it was expanded to 5 screens, or who operated the theater before Carmike. The Yankton Mall opened in 1969, and I believe the theare opened along with the mall. The theatre is being renovated by AMC, who now owns the theatre after buying Carmike Cinemas.

It was originally a single screen Jerry Lewis theatre. Commonwealth purchased it early 70’s In March of 82 it was remodeled and made a twin by commonwealth theatres. From there commonwealth …. United artist…. in 94 first international theatres ..(Ron Leslie). Added 3 additional screens. Carmine stepped in 96 or 97. It is now AMC. GREAT THEATRE. Family oriented and AMC has done a great job with renovations. Strongly reccomend the yankton 5.

Glad to hear more history about the theater Donett. It really is a nice theater, and while AMC is know know known for operating theaters much larger than the Yankton 5, AMC seems committed to keeping this wonderful little theater open, and as good as ever.

The first Jerry Lewis Cinema opened in Wayne NJ in March 1970 and East Meadow NY Long Island was the 2nd, opening in May 1970. So the Yankton theatre was probably sometime later. The formation of the company was announced in Sept. 1969 – six months after that, the first theatre opened.

Unfortunately it is now closed. A victim of the pandemic and AMCs financial difficulties because of it. Hopefully somebody else will reopen it.