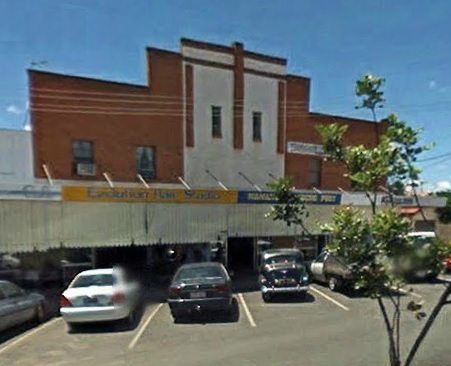 Built in the 1940’s, the Rex Theatre was part of the Rex Theatre chain, which had theatres throughout Queensland. In the late 1970’s it was closed as a cinema and was used as a performance venue and then a ballet school. It now operates as a second hand dealership called the Nanango Trading Post.