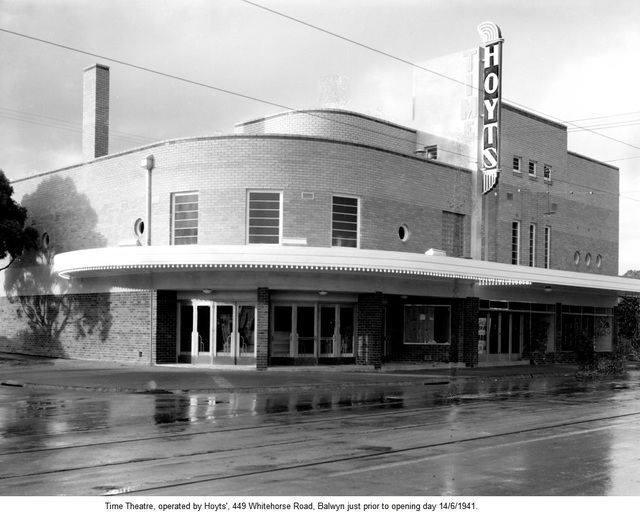 The Time Theatre which was operated by Hoyts Theatres Ltd., opened in June 1941, in the west Melbourne suburb of Balwyn. Seating was in a stadium plan, with a raised stepped section at the rear of the auditorium, rather than a traditional balcony.

It closed in 1963 and was demolished. A Shell service station was built on the site.