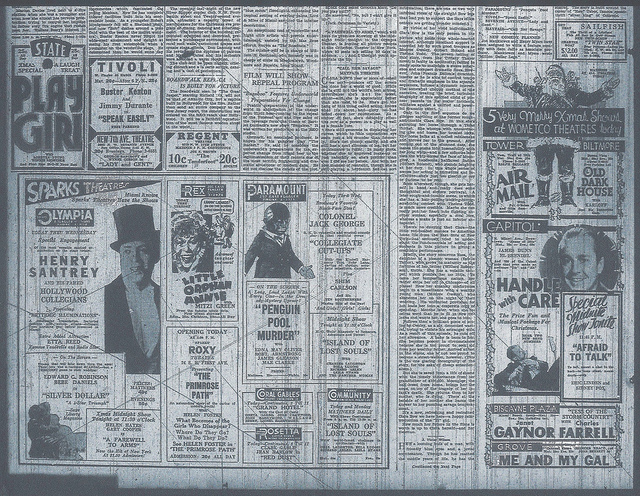 Opened as the Paramount Theatre. Following a renovation, it became the Roxy Theatre on January 7, 1932 with Clark Gable in “Sporting Blood”. The Roxy Theatre had another reopening in December 1932 with Helen Foster in “The Primrose Path”. It was operated by Paramount Pictures Inc. through their subsidiary S.A. Lynch. It was closed in 1943.

This theatre, along with the Colony on Miami Beach, hosted the local premieres of “Gone With the Wind”.

The ad in the photos section which is more legible in the link that Al Alvarez provides in his April 3, 2009 comment says the address is actually 24 SE First Avenue, not Street.

(I clicked on Al’s link, then zoomed in by pressing the CTRL and + keys on my laptop at the same time until I could read it.)

To me the Street View image for 25 SE First Avenue looks like it might have been a movie theater. (Look at earlier Street View images if the first one you see is blocked by a truck.) In 2017 it’s an empty store front but in April of 2014 and before it’s part of Miami International Sporting Goods, Inc. with sneaker company logos above the red awning.

The correct address is 26 SE 1 Ave. it was the former Paramount. I respectfully question the accuracy of this photo.

There was an entrance on Street and Avenue. Both addresses would be 20-26.