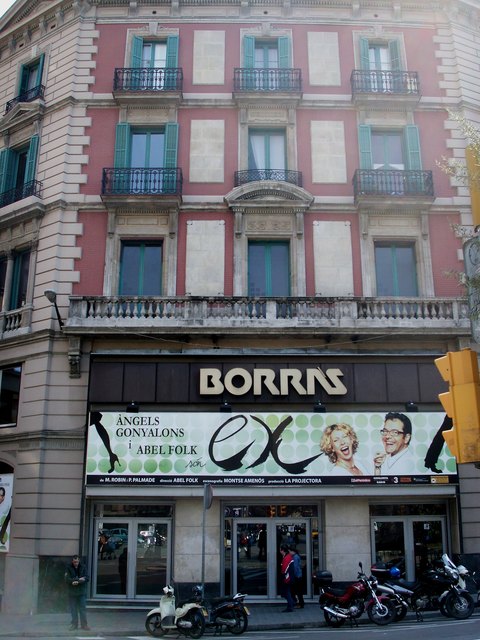 Located in the north of the city centre. The Cine Urquinaona opened on 16th May 1931 with Lupez Velez and Luis Alonso in the Universal production "Resurreccion". Seating for 950 was provided in the Art Deco style auditorium in orchestra and balcony levels. Many films from the Warner Bros. and Paramount studios were screened in the first few years and from 1936, it played mainly MGM films.

It was re-named Cine Borras from 19th May 1943, named after the famous Catalan actor Enric Borras and at this time, the building had some theatre use. The Balana group took over the cinema from 4th April 1953 and have operated it ever since. The cinema was refurbished and re-opened on 10th April 1966 with Audrey Hepburn in "My Fair Lady".

In the early 1970’s it became a second-run cinema and from 15th September 1990 was converted into a mixed use of cinema and stage productions. Films were dropped after 1995 and the Teatre Borras is now a live theatre with a reduced seating capacity of 740. There are 470 in the orchestra and 270 in the balcony.

Signage over the entrance of the Teatre Borras in October 2007:
View link