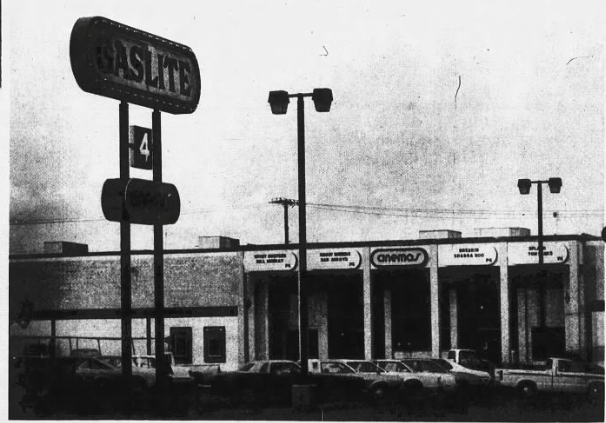 This theater was demolished within the last decade and a Salvation Army shelter is now located on the site.

This venue was never called the “Gaslight.” The Gaslite Plaza shopping center was built and opened in 1973 just north of downtown Tyler. The four-plex Gaslite Cinemas 4 was added later opening on April 9, 1976 with a grand opening speech by Tyler Mayor “Bob” Robert E. Layton, actor Chill Wills and Miss Tyler - Holly Walker. Guy-Con Enterprise Richard Conley and T&S Theatres Ted Conley also took part in the festivities with the theater opening on a 20-year lease. Cinemark took over the theaters in 1979.