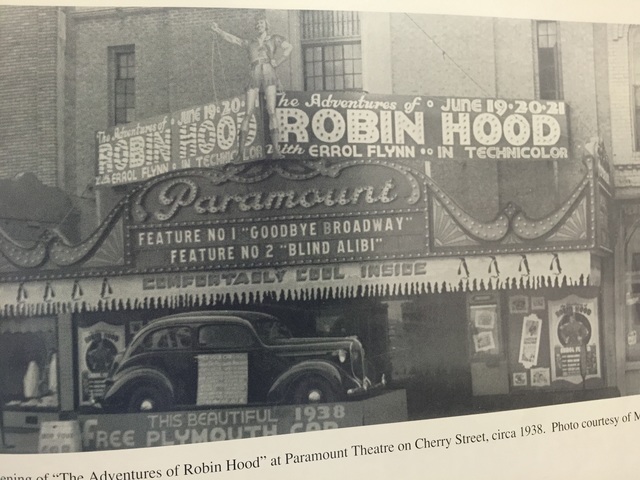 The Jewel Theatre was opened around 1920. In the late-1920’s it was renamed Paramount Theatre.

A pamphlet with information about historic buildings in Helena (PDF here) says that the Paramount Theatre opened ca. 1920 as the Jewell Theatre and was originally operated by Saenger Amusements. The Jewel Theatre (with one “l”) was mentioned in the July 13, 1918, issue of Exhibitors Herald and Motography on a list of houses served by the United Picture Theatres of American booking syndicate.

The Paramount has not been demolished. It was in the building with the beige brick front and a bit of Spanish Colonial Revival detailing, next to the grassy lot on the corner of Righter Street. It is occupied by a facility of Arkansas Rehabilitation Services.

Do you know the address where the Pastime once stood?