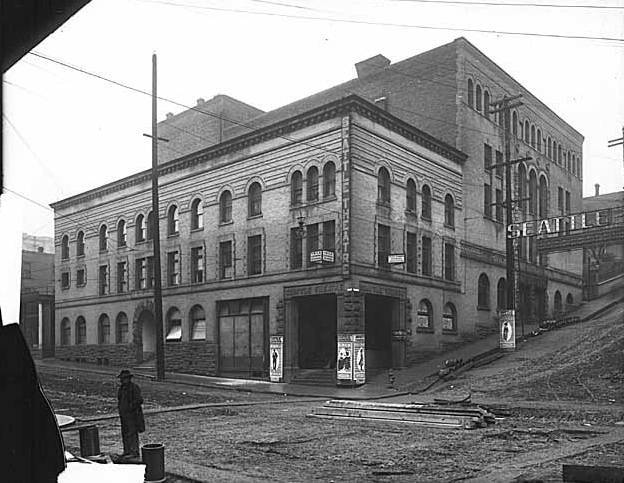 A very moody, night shot set from after the ones posted by Lost Memory.

The Seattle Theatre was built in 1892-93, and was designed in the Romanesque Revival style by architect Charles Willard Saunders. Two years later, Saunders formed a partnership with George Willis Lawton. Saunders & Lawton designed the Alhambra Theatre (1909) and the Masonic Temple (1915) which in 1980 became the Egyptian Theatre.

Roman arched windows and detailed brick work made for an elegant look. Sad this lovely building is only history. Anyone have interior pics?