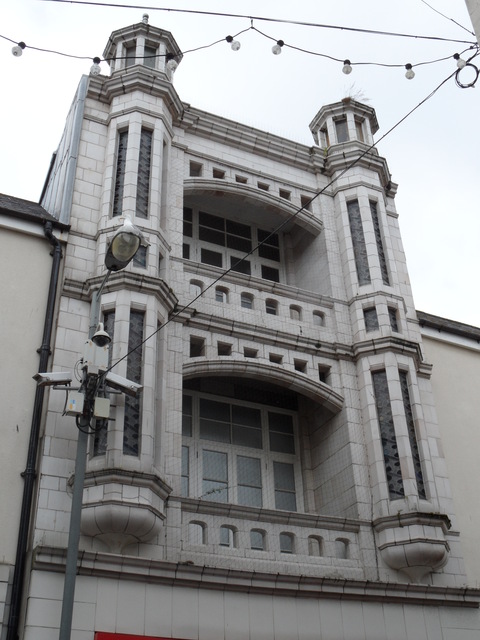 Architect G. Temperley of Manchester, England was engaged to design the Strand Cinema, which opened on 26th June 1913. It was built for Sheffield based exhibitors who also later built the Cinema House/Picture House.

The narrow facade of the Strand Cinema was clad in white faiance tiles and had two open balconies in the centre over the entrance, which were bordered by slim tower-like features that were topped by small minarets.

The cinema was taken over by the Palace and Derby Castle Co. Ltd. during World War II and was closed for some months after a fire did damage in 1945. It remained open until the 1960’s when it was closed.

The building became an amusment arcade until 1968 when cinema use returned using the circle seating area only. The stalls area remained partitioned off as an amusement arcade. The Strand Cinema finally closed on 12th May 1988 with Christian Bale in "Empire of the Sun". The amusement arcade closed in the early 1990’s.

The cinema had been designated a Listed building and debates arose as to its future use. Eventually, it was decided to retain the Italianate facade, but demolish the remainder of the building. This happened in 1998 and a Littlewood’s store was built on the site of the auditorium, retaining the original facade as it entrance.