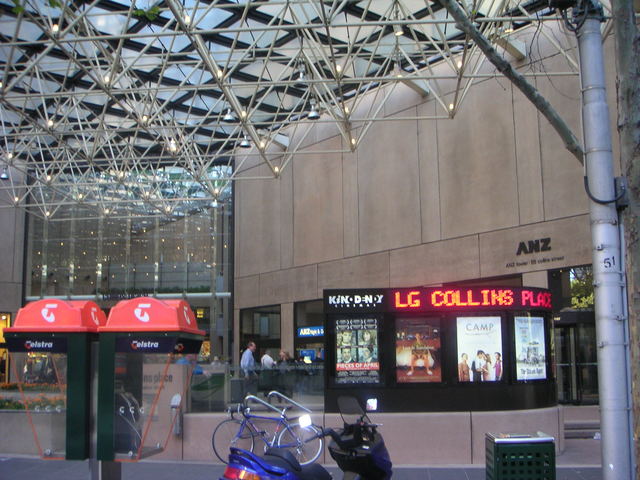 Opened around August 1987 as the Kino Twin, it is located in the lower court of the Collins Place office and retail building and was designed by the architectural firm Mills Gorman for the Dendy Cinemas chain. The two screens both had a seating capacity of 280.

The four screen Kino Dendy Melbourne was operated by Dendy Cinemas, now taken over by the Palace cinemas chain, and screens mainly Independent art-house films. In January 2012, three extra screens were added in what had formerly been foyer space.