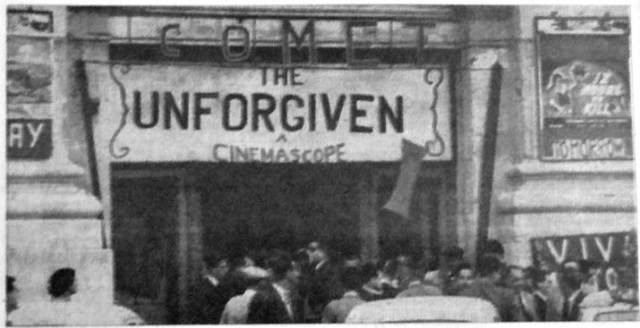 The large ABC Cinema in Floriana opened as the Comet Cinema, and was possibly inserted into the City Hall building which would appear to predate the cinema.

It had a large stage and dressing rooms and was an extremely popular cinema until video arrived. Locals can still remember queuing and insufficient seating being available resulting in patrons sitting on the balcony steps!

It is slightly unusual that the projection room (intact) was situated below the balcony but above the rear stalls. Indeed the stalls appear to have been smaller than the enormous balcony.

In May 2008 the building is almost completely intact. Only the stalls and stage are used as the shop, everywhere else is dusty and stuck in a time warp. Reception rooms, projection box, dressing rooms etc. all just closed up as they were when the cinema closed. A cloth has been strung up under the projection suite to obscure the upper parts of the auditorium.

Interior and exterior photographs of the ABC, taken in May 2008, here:–