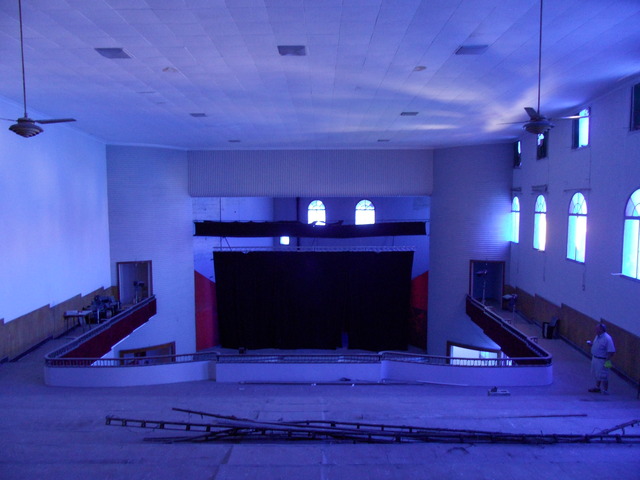 A classic Art Deco cinema in the (tiny) city of Cospicua (also known as Bormla), the Rialto Cinema is apparently intact at present but has been dis-used for several years.

The cinema occupies a prominent corner site by the pretty (also abandoned) dockyard. The ground floor is occupied by HSBC bank. This may not have been part of the original cinema. It is difficult to tell if the auditorium was at 1st and 2nd floor level, or perhaps it might have had 2 balconies.

It would seem that the cinema, which opened in May 1956 with Ann Blythe & Edmund Purdom in “The Student Prince”, was in use until at least the mid-1990’s. However the open doors on the 1st floor balcony suggest that pigeons, if not vandals, may have invaded the interior.

Two exterior photos from may 2008 here:–

According to the visit notes prepared by Marc Zimmermann for the CTA visit in May 2012 the Rialto opened in May 1956, having been built on the site of an earlier Rialto that had been destroyed by German bombing. It seated 1,000 on an (unusually) level stalls floor and raked balcony. It closed in 1988 and was acquired by the Malta Labour Party and used for political functions before being stripped of its seats. It was listed as a Grade 2 heritage site in 2010 and the first steps towards full refurbishment are currently uderway.