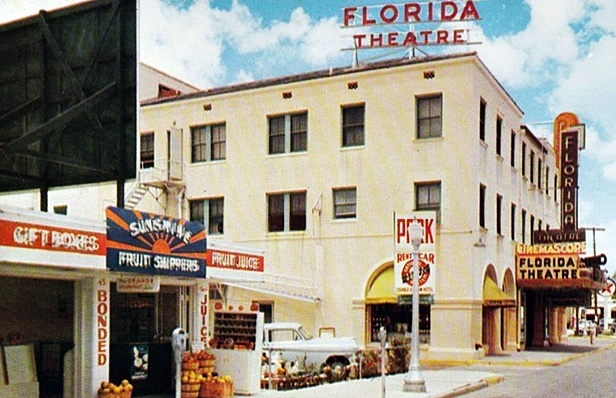 The Sarasota Opera House originally opened as the A.B. Edwards Theater in 1926 as a venue for motion pictures and live performances. It was designed by Jacksonville architect Roy Benjamin (who also designed the Florida Theatre and San Marcos Theatre in Jacksonville, among many others).

The movie palace once hosted Elvis on its stage in 1956.

After almost five decades, the Edwards, which later became known as the Florida Theater, closed its doors in 1973.

Now renamed the Sarasota Opera House, the former movie palace was placed on the National Register of Historic Places in 1983.

Today, the Sarasota Opera House is still going strong and has attracted an international reputation for the quality of its opera performances and the magnificent theater itself.

The theater seats over 1,000 patrons with almost 300 seats in the balcony and 10 elevated opera boxes.

The Edwards Theatre had a small Robert Morton theatre pipe organ, which was installed in 1927.

The Opera House is just completing a one-year renovation project.

I had the opportunity to tour it recently and the result is stunning to say the least. Of course, always a thrill to see grand old theaters still open and appreciated by a community.

Here’s a link to today’s Herald Tribune with some great photos:

The article on the theater’s closing stated that it could seat 1,245 people: 794 in the auditorium and 451 in the balcony.