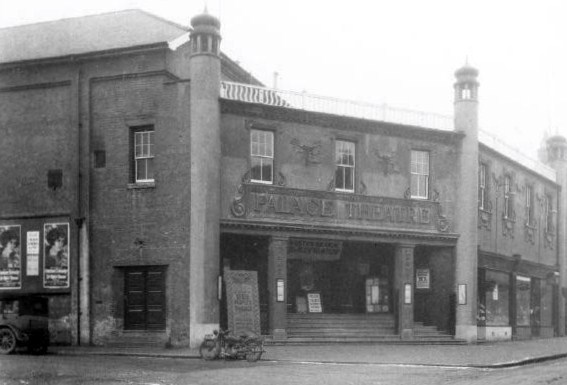 The Palace Theatre opened on 5th July 1920 with "King Solomon’s Mines" showing on the screen. The Palace was built for both film and stage use, although it was mainly used for films with occasional stage shows.

Designed by Emily Bragg, who was a Clerk of Works and Quantity Surveyor as well as being a designer. Seating is provided in stalls and circle levels, with two slips along the sidewalls at circle level which initially contained seating (now divided into five boxes). The proscenium is 30 feet wide and the stage is 45 feet deep. There are 10 dressing rooms and the theatre had a cafe for the convenience of its patrons.

In the mid-1950’s it was taken over by the Star Cinemas chain of Leeds and they operated it until 1972, with the final few years as a bingo club.

Taken over by the local council, films are again shown, but since the opening of the new Reel Cinema in the town in 2007, these are not the mainstay of progamming and live theatre performances now dominate.

The Palace Theatre was designated a Grade II Listed building in 1993.