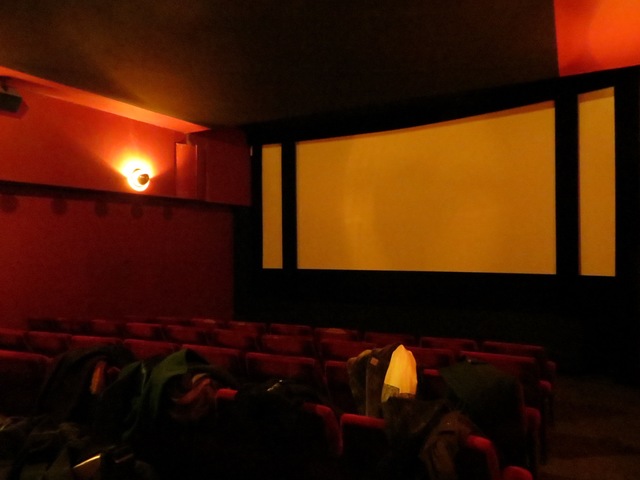 The Babylon Kino is located in the Kreuzberg district of Berlin. It opened as the Helo Filmbuhne in 1955 with a seating capacity of 462. Later known as the Kent Kino when it screened Turkish films.

It is now operated by the Berlin based independent Yorck cinemas chain, screening independent films, many in English. There are now two screens, with seating capacities of 192 and 72.

Not to be confused with the historic Babylon Kino located in the Mitte district of the city.

Some details (in German) and photographs of the Babylon Kino here:
http://www.kinokompendium.de/babylon.htm

The exterior of the Babylon Kino in July 2009.