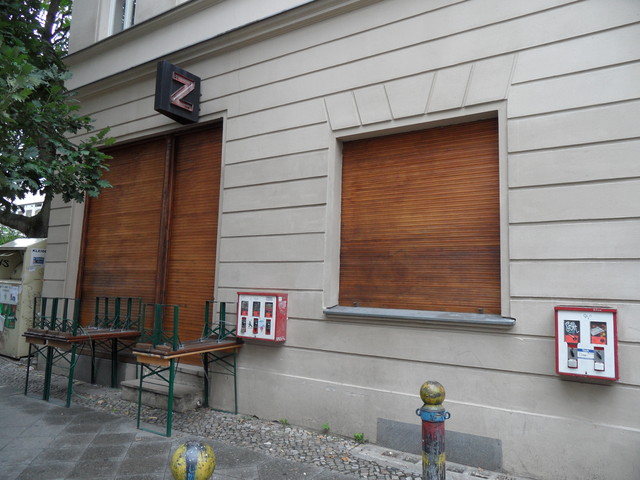 Named the Z-inema, after the name of the bar which has a red neon ‘Z’ as its sign. Projection is 16mm and the Z-inema screen classic films, many silent and rareley seen films, often borrowed from private collections.

The Z-inema opens twice a week; every Sunday is ‘classic’ films from the 1920’s to 1970’s and every Wednesday is rare German film night, often screening independent productions and some projected via DVD projection.

Some details (in German) and photographs of the Z-inema here:
http://www.kinokompendium.de/zinema.htm