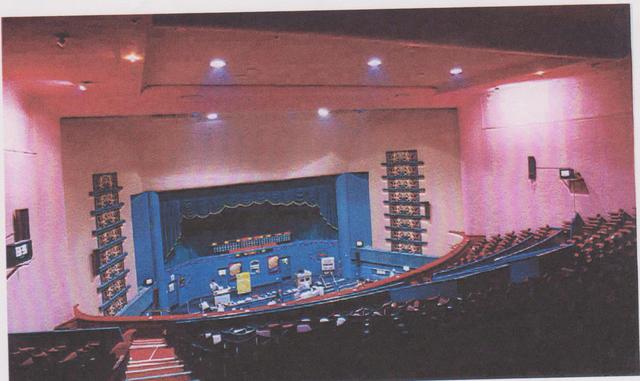 The Regal Cinema was built for Associated British Cinemas(ABC) and opened on 22nd February 1936 with Shirley Temple in “Captain January” and Joseph Schmidt in “A Star Fell From Heaven”.

A plain building both inside and out, the exterior finish is in red Accrington brick with a white terra cotta tiled finish at street level. The auditorium is quite plain with the only decor being the plasterwork grilles on the splay walls. The ceiling is smooth plaster which gently curves down to the proscenium opening. Seating was provided for 964 in the stalls and 644 in the circle. A Compton cinema organ was ordered, but was never installed.

It was re-named ABC in 1963. However, like most cinemas, it secumbed to the twin threats of Bingo and television and closed as a cinema on 25th January 1969.

The building became part of the Gala Bingo chain and in June 2018 it was rebranded Buzz Bingo. It was closed on 21st March 2020 due to the Covid-19 Pandemic. On 15th July 2020 it was announced that the closure would be permanent.

It should be noted that this cinema is a fine example of the work of W.R.Glen, architect.