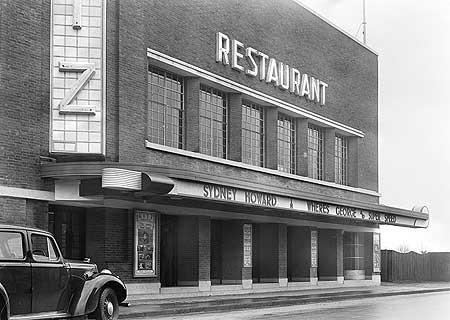 The Ritz Cinema opened on 8th November 1935 with Robert Donat in "The 39 Steps" and was built for and opened by the County Cinemas circuit (their 49th cinema). Seating was provided in stalls and circle levels, the proscenium was 40 feet wide and there was a stage and dresssing rooms provided. Another facilitiy was the large resraurant/ballroom located above the entrance foyer. The interior decorations were carried out by noted interior designers Mollo & Egan.

County Cinemas were taken over by Oscar Deutsch’s Odeon Theatres Ltd. in September 1939 and it was re-named Odeon on 6th May 1946.

The Odeon closed on 17th October 1981. The building stood empty and unused for several years, until 3rd April 1990 when demolition began. The site is now part of a multi-storey car park for the new Meadows shopping centre, which also contains from 1993, a new 4-screen (now 8-screen) Odeon.