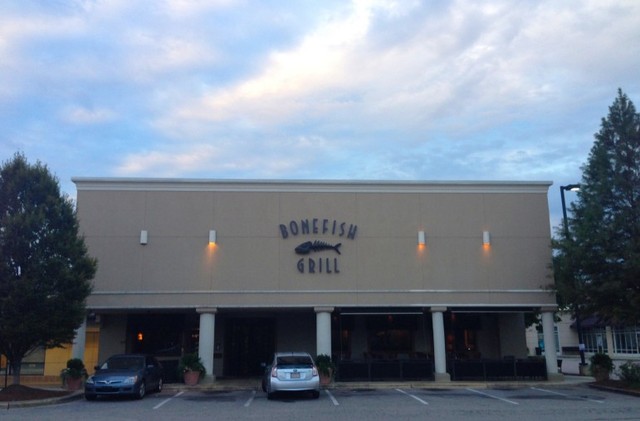 Located at the intersection of Six Forks Road at Lassiter Mill Road in the North Hills Shopping Center, the Cardinal Theatre was one of the premiere showcase moviehouses in Raleigh and when it opened on July 1, 1967 with Doris Day in “Caprice”. The theatre operated as a single screen theatre with its huge auditorium equipped with state of the art seating and brilliant widescreen projection for showcasing Hollywood’s best. It had great 70mm projection.

The Cardinal Theatre showed only first-run features and family films and it remained a single screen theatre until a second screen seating 625 was built adjacent to this huge astounding auditorium. It opened on July 24, 1977 with “For the Love of Benji”. It remained that way until the Cardinal Theatres I & II closed in 1990.

The smaller additional screen has now been demiolished, leaving the original auditorium in retail use as a Blockbuster store.

Blockbuster is long gone from this location. Bonefish Grill is now located on the site of the original Cardinal Theatre, I’m not sure if the restaurant is in the old theater building or if the old Cardinal Theatre/Blockbuster was demolished.

Built and operated by Wilby-Kincey Paramount Theatre operating partner, then ABC theatres, then Plitt, then Cineplex Odeon after purchasing Plitt, then closed!!

Closed in 1990 under Cineplex Odeon.

The Bonefish restaurant is indeed in the former Cardinal I building. The restaurant’s front patio space was originally the outer edge of the lobby.

The Reserved Seat Engagements of GONE WITH THE WIND played here in 70MM-6 Track Stereophonic Sound on December 22,1967.

ALIEN played here on May 25,1979 first-run showing in DOLBY STEREO.

“CLOSE ENCOUNTERS OF THE THIRD KIND”

“THE LAST TEMPTATION OF CHRIST”

“INDIANA JONES AND THE TEMPLE OF DOOM” 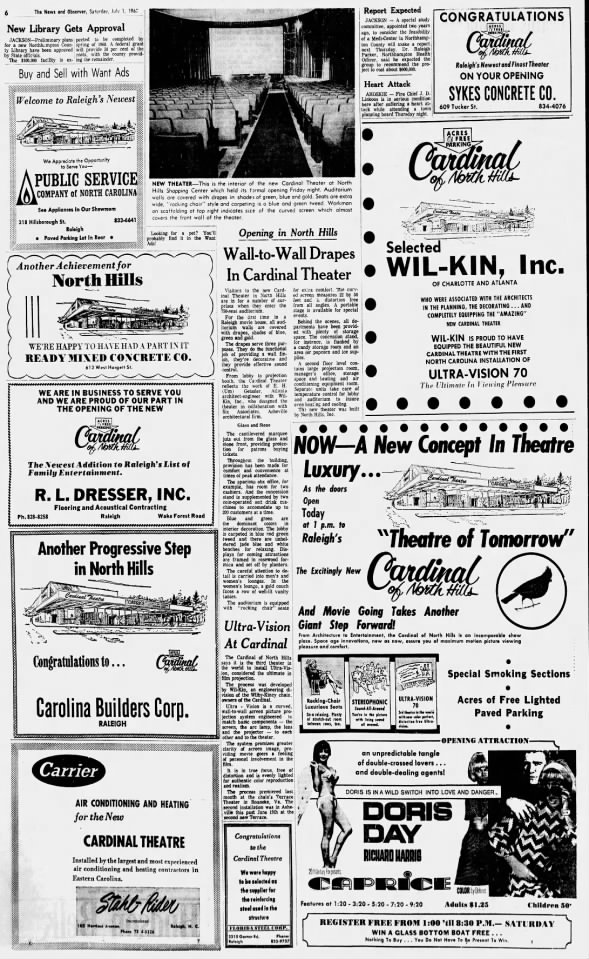 A chronology of Raleigh’s 70mm presentation history has recently been published. The Cardinal is mentioned numerous times.