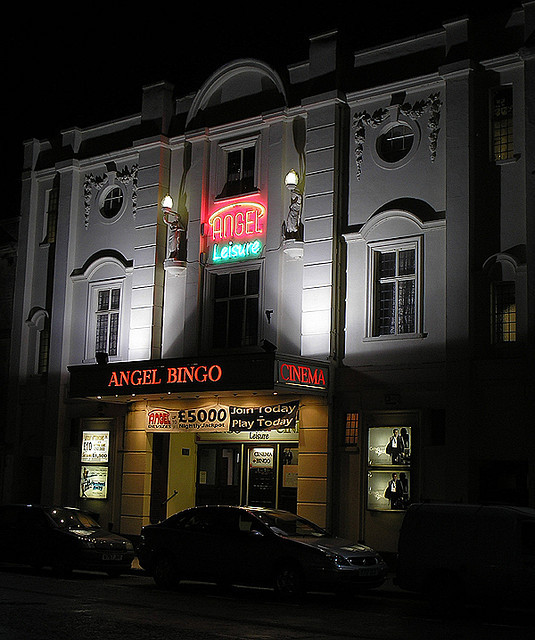 Located in the Wiltshire town of Devizes. Opened in 1912 with 417 seats, it was first known as the Picture Palace and then became the Electric Palace. In the late-1920’s it was enlarged to seat 900. Always operated as an independent, the operators in the 1930’s were A. Austin Pilkington Theatres.

In the 1970’s bingo was played on some nights and it was acquired by Zetters in 1975 and converted into a bingo club in the former stalls and a 253 seat cinema in the former circle. It was operated by Miles Byrne until his death in 1986. Taken over by Steven Wischusen until 1992, it then became part of the small Robins Cinemas circuit.

Today, its under an independent operator Angel Leisure, and screens first-run films. It was closed for renovations in July 2021. In May 2022 it was announced that the bingo operation in the former stalls was closed and the space was being converted into a 2nd screen which, with the stage fly-tower reinstated, would also present live shows.

Delighted to read that this cinema is still open. While serving at nearby RAF Upavon I went along to this cinema several times in 1977/78 to see the then popular movies Saturday Night Fever and Grease, the WRAF I took along loved both movies so much we went to see each one twice, the romantic type she was.
From memory the cinema in the former circle/balcony was a good conversion, back then the cinema was more popular than the bingo due to the popularity that both movies received in the UK. The screen was a fair size so I imagine it would have been the original? Utilised after conversion of bingo in the former stalls area of the auditorium.

Hmm.. I know those Projectors… They had been in my stores. Is John Angel still involved..

Currently closed, undergoing restorations to return the interior to original décor, although it doesn’t seem like much was going on when I visited.

News article about the still on-going renovation (chunks of which seems to be directly taken from this site’s blurb), which details the extensions and alterations inside and planned. The plan is to convert the site into a shared cinema/theatre space. https://www.wiltshirelive.co.uk/news/wiltshire-news/palace-cinema-devizes-redevelopment-plans-6858377